The Forest App by Zebulon

An interesting use case reached us within the last few weeks. Users told us about an app that is made for a video game called “The Forest”. We’ve reached out to the creator, Zebulon, to learn more about the game, his app, and his community:

Z: The Forest is a very popular survival game. It has both PS4 and PC version so a lot of players are playing it. Farket is one of the most popular YouTubers that plays and tests The Forest.  He also made a page on Wikipedia where he covered all the aspects of the game.

Why did you build this app?

Z: A mobile app was the only logical explanation for gamers so they can play the game normally and at the same time to be able to check crafting recipes (that was before developers updated the game), almost all weapon, food and player stats that were not explained by developers and more. Since I have none of the app-building experience, but I’m good with Excel,  Open As App was an amazing discovery for me and it was the perfect choice for something like this.

What is the data source for this app and how did you share the data before you had the app?

Z: I’m using Microsoft Excel software. The data source for this app looks messy in Excel and it’s hard to understand, but Open As App has no problems with this. Before this App, and still, data is shared on Wikipedia.

How long did it take you to build this app?

Z: It took several weeks to get to this point. At first, this app had just a few pages, but our community liked it and the app was updated regularly since. Most of the work was made in Excel and OpenAsApp was easy to use. Most of the bugs were in Excel formulas and they were fixed daily.

Z: Continuing the answer from the last question, Open As App is a very practical and good looking app, especially on Smartphones. App themes look great, color palettes, and everything visually looks amazing. Even with a large amount of data, it runs smoothly, it’s not crashing and it can run on almost all nowadays devices.

What feedback did you receive regarding your app (from your community)?

Z: Number of current 2335 reached devices explains everything. The community was amazed by this app and it found it helpful.

Z: Open as App is a perfect way for people with big ideas but without programming experience. It can run flawlessly on all devices, it’s completely free and it doesn’t have any ads. Every aspect of this product is amazing. Open as App has great support that provided me with a lot of answers to my questions.

Do you plan on upgrading your app / build another app?

Z: Currently, Game released its final version so this app won’t change too much.   I’m currently working on 2 more apps which are completely different from this one. One of them is just simple calculations for my factory where I work ( just for my personal use, not official), and the other one is completely private. That second app is the pure Data source for a new Board game on which my friend and I are working on.

What smartphone do you use for testing/creating the app (iOS/Android)?

Z: App was primarily tested on Android, Samsung Galaxy S6 Edge. Also, the app was tested on all supported devices and it worked flawlessly.

Thank you, Zebulon, for taking the time to answer all our questions!

If you have a cool use case in mind or know someone that built an awesome app, please reach out to us! We are always happy to showcase what our community is working on!

Some screenshots of The Forest app, provided by Zebulon: 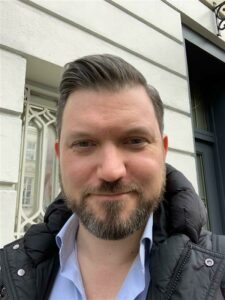 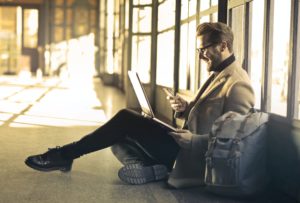